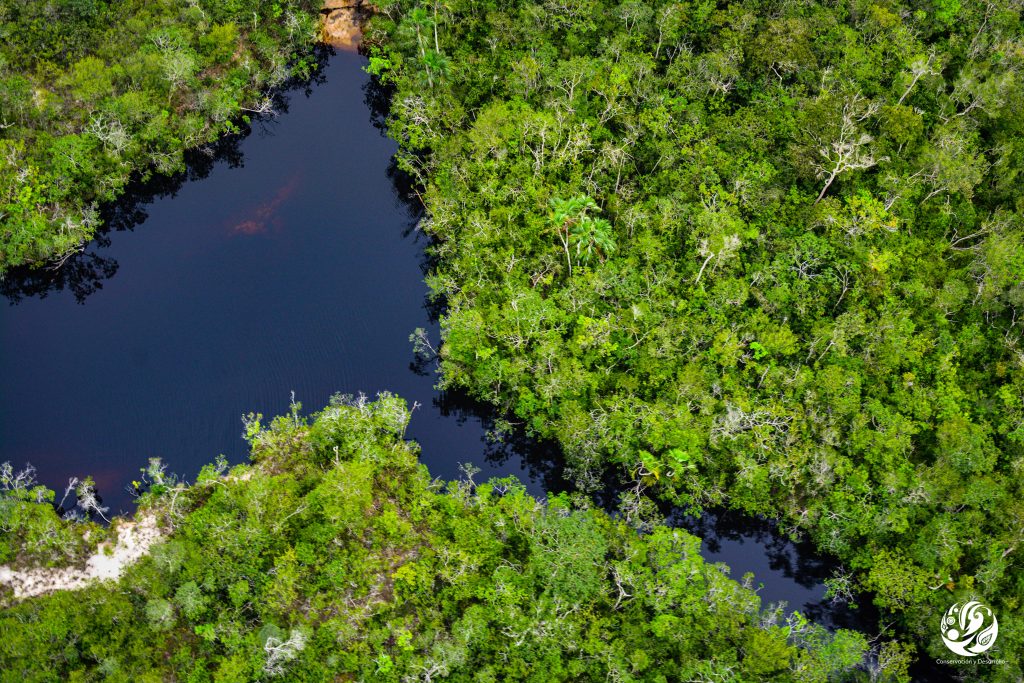 More than 50% of Colombia’s national territory is covered in forest, and these host diverse ecosystems and act as custodians of the country’s biodiversity. However, forests are being put under severe pressure and are being threatened to such an extent that between 2000 and 2019 a total of 2.8 million hectares were lost through deforestation. Some 9% of this area is located within the country’s National Parks.

Forest is being lost at a high rate in the Amazon region through forest encroachment, land grabbing, unplanned transportation infrastructure, illicit crops, illegal mining, illegal logging, and the expansion of the agricultural frontier.

Likewise, according to Ideam’s latest deforestation report (2021), there has also been deforestation in certain areas of the Andean and Pacific regions: Catatumbo in Norte de Santander and Riosucio and Unguía in Choxó, in the northern Pacific. While the causes of this deforestation are similar to those documented in the Amazon, in these zones, the main drivers are the damaging practices associated with large-scale cattle ranching, agricultural expansion in areas where it is prohibited, illegal logging, illegal mining, and the cultivation of illicit crops.

Deforestation is mostly concentrated in forests that are not currently protected, i.e., those located outside the more than 28 million hectares of the country’s 59 protected areas.

The media as a strategic tool

Mass media have been the traditional conduits for raising public awareness on Colombia’s current environmental problems. This is due to the fact that although formal, informal, and non-formal environmental education is one of the Ministry of Environment and Sustainable Development’s (MADS) goals, as one of the ways of contributing to sustainable development and an improvement in Colombians’ quality of life, it is mainly imparted along naturalistic and conservationist lines with a strong emphasis on the relationship between humans and the environment. Because of this, the consolidation of the country’s environmental culture is progressing at a different pace than Colombia’s environmental reality.

That being said, thanks to social networks and the Internet, today’s generations are much more informed and educated, and have much more immediate access to information on current affairs. However, it is still expected that the media should lead in the production of content aimed at encouraging critical thinking and providing a fuller comprehension of environmental issues. In spite of this, only around 2.6 million people regularly engage with media that features or concentrates on environmental issues. This audience figure is the result of efforts by radio, press, TV, and internet over the last decade (Google Analytics) to reach more people, and it is perhaps the highest it has ever been, as traditional media can now be accessed online.

This state of affairs has meant that urgent action must be taken, including the establishing of a media coalition as well as the training of journalists in mass media and at the same time, local, regional, and alternative media, which are subject to similar dynamics. These measures are needed to build active capacity for dissemination and ensure coverage and reporting that captures society’s attention concerning an issue that requires urgent action.

Likewise, in the context of the launching of campaigns for legislative and presidential elections, it is vital, on the one hand, for citizens to have access to appropriate information regarding environmental issues, so that they can make informed voting decisions, and for this, our media campaign is key. On the other, candidates for the House of Representatives, Senate, and Presidency must be aware of the complexities of the problem of deforestation and must take on board recommendations from technical-scientific experts on how to address the environmental crisis induced by deforestation, and include them in their governmental programs and proposals.

Strengthen the capacities and deepen the knowledge of decision makers; presidential and congressional candidates; national, regional, and local journalists and communicators; influencers; artists; and the general public on the challenges and opportunities implicated in development located in Colombia’s forested areas, so that citizens can vote in an informed manner in the 2022 elections and deforestation be featured in the electoral debate.

Objective 1. Strengthen the capacities and deepen the knowledge of local, regional, and national journalists and communicators; as well as media with a national, regional, and local impact; and the independent press, on the challenges and opportunities implicated in development located in Colombia’s forested areas, in view of the 2022 elections.

Objective 2. Create an alliance of artists and influencers to raise the general public’s awareness of the challenges and opportunities concerning Colombia’s forested areas, and to mobilize and create societal pressure around the move towards sustainable development models.

Objective 4. Encourage the media in other Amazon biome countries to give coverage and prioritize content on the challenges and opportunities concerning these forests.