Peace and the environment in southern Meta and Guaviare

FCDS has presented a report to the German Agency for International Cooperation (GIZ) containing a detailed analysis of conflicts in southern Meta and the department of Guaviare.

FCDS has extensive experience working in the region and this has allowed the organization to give a detailed description of the context, the history of the armed conflict, the settlement of the area, production systems, social actors and their interactions, and the characteristics of social and environmental conflicts in the area.

The report presents the complexities that must be considered in any peace-building interventions. This region is highly sensitive, both environmentally and socially, and armed groups have been very active here for a long time, taking on roles that the State has ceased to fulfil and participating in the dispute over control of drug trafficking. There is current interest in the region for the exploitation of its natural resources, including oil and oil palm. 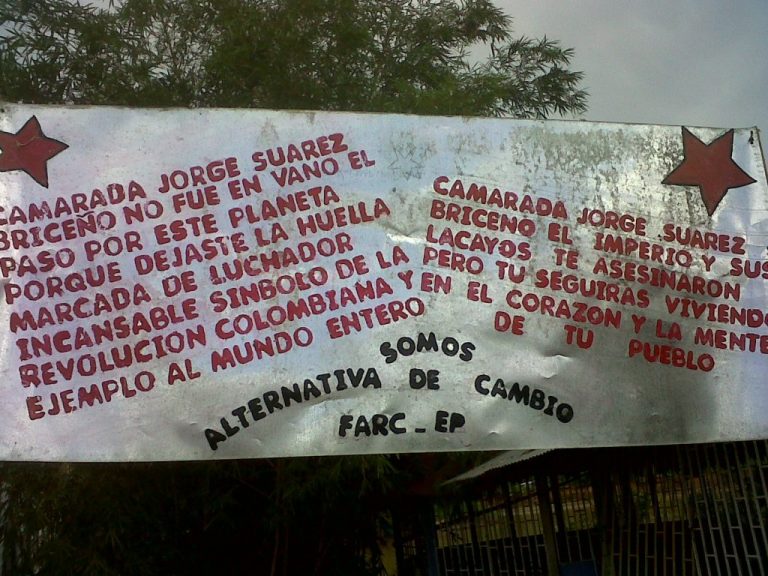 The report provides the historical context for issues involved in the region’s socio-environmental conflicts and a demographic and socioeconomic description of the population.

It goes on to describe the economic workings of cattle ranching and illicit crops. It explains that the cultivation of coca and its first step of processing into cocaine paste are often the population’s only source of income.

Despite the existence of legal regulations such as protected areas, economic activity in the region has led to deforestation, with the local population’s use of protected areas going against the territory’s specified land use. This is because the protection of these areas has not been adequately publicized or the land has not been marked.

The result of this has been the exploitation of areas by armed actors for different strategic military purposes, as well as for the cultivation of illicit crops. Low levels of legal protection have also made these lands a target for appropriation by other actors such as cattle ranchers, loggers, and miners.

The FARC has assumed criminal, environmental, and social authority, as well as military control.

The clearing of forest is the first step in making territory available on the land market, and this is the favored method for road building. With this in mind, the report found that roads that have been built to facilitate cattle ranching, oil drilling, rubber and timber extraction, the armed conflict, and drug trafficking, have been an even bigger driver for deforestation in the area than the cultivation of coca. With this knowledge, the context surrounding the construction of the Marginal de la Selva roadway has become hugely important for the region’s social and ecological future.

Weak institutional effectiveness contributes to the expansion and overlapping of these informal or illegal economic activities. The report describes the ineffectiveness of the criminal justice system in the region, as well as the fact that cadastral information is either lacking or extremely outdated.

Despite all of the above, campesinos who have settled in the region have managed to organize socially, economically, and culturally, especially in the rural districts and by founding Community Action Boards (JAC), as well as Committees and social organizations that link the different rural settlements. For these communities, the land does not only represent a source of income, but also one of their most important sources of social capitals. These populations are highly vulnerable and are stigmatized even by the State.